click on a gymnast picture to find out more 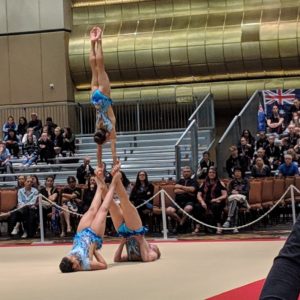 Gymnastics is a huge part of my life, and has taught me strength, motivation, the joy of sport, hard work, resilience and discipline

I have only just started and I look forward to what lies ahead in this amazing sport.

I love the friendships and community that is acro