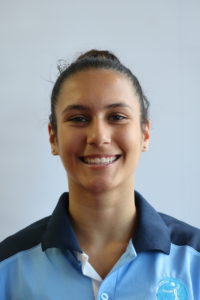 For the past 10 years, I have been involved in acrobatic gymnastics with SXL and have been competing for 8 years. I first started acro because I was invited to a holiday camp at SXL by one of my good friends who was already doing gym. My parents then put me in a recreational class and first competed when I was in the levels class as a pair top in level 1. I love acro because of the close bond that is created between your partners. I also love the thrill and adrenalin that it gives you, especially during dynamic skills. I think that the combination of dance and skills is what makes acro special compared to the other types of gymnastics.

After competing at my first Nationals in 2017, my trio placed third in the country which gave me a great sense of pride and later on, led to our qualification to the Australian National Squad. I am extremely honoured to have the opportunity to represent Australia.